amanfromMars 1 Wed 2 Jul 05:51 [1407020551] having a say on http://forums.theregister.co.uk/forum/3/2014/06/30/remaining_snowden_documents_will_be_release_to_avert_war_cryptome/
Meanwhile, elsewhere … and in Fabless Labs with Comfy Slabs and Inviting Beds of Intriguing Engagement for Creative Productions

That statement sort of implies that Democracy requires an electorate capable of making decisions based on hard data in order to work. If so, it’s fundamentally fucked and we should get rid of it now. ….. Tee Cee @ Re: Paul Crawford Cryptome

Okay TeeCee, who is qualified to lead us as a benevolent dictator? McCarthy? Bush the lesser? Gandhi? Kofi Annan? Abu Bakr al-Baghdadi? Tony Abbot? What about Matt Bryant? You? Personally, I vote Elon Musk.

How are we to decide upon who’s magnanimity we are to rest our future? In whose hands do we balance between liberty and security if not those of the people who must live with the consequences?…. Trevor_Pott replying to Tee Cee @ Re: Paul Crawford Cryptome

[And oh how do I miss here, the ease of the old days, whenever every Registered posted communication was individually effortlessly date and time stamped for simple clearer and highly accurate referencing, and it did provide one with so much more revealing informative latent metadata for inclusion in deeper analysis of both post and poster. Any chance of that mega feature being relaunched, El Reg]
The bottom line, T_P, is that the masses don’t get to decide, but are fed and watered and sprinkled with the fairy dust that is called democracy and fairly elected representation, to deliver to them the illusion and delusion that they do. Those and/or that which think they be qualified [for who is to say that it is not a virtual computer machine algorithm fronting for and running democracy in the same way as it is running electronic trading market bourses] autonomously assume and presume command and control in silent stealthy secrecy and in order not to be held personally responsible and accountable for corporate failings and crimes against humanity, invest heavily in all manner of practical and virtual security and military protection and try to protect themselves in veils and layers of obfuscation and prevarication/exceedingly slow and preposterous judicial procedure and national security letter and matter invocation …. which all be only smoke and mirrors to hide the truth of the fiction from the reality of facts.
If systems are hiding from the masses the reality of the way they are governed and provided for, are the masses living in false world and alternate virtual reality space aided and abetted by media moguls and minions. And that is a/the fact which spins the fiction of there being a physical reality hosting their existence and over which they can exercise power and future direction with democratically elected representative control, rather than it being a virtual reality play and Great IntelAIgent Game stage for leading media players and they be just the audience in the pits and grandstands suffering their indulgences and follies.
And this be a teaser trailer for ITs AI Mega Media Mogul BlockBuster and Big Brother Dam Buster Games Franchise ….. for Political Systems Virtual Makeover and Takeover with Deep Pools and Dark Webs of Astute Active Adept Adaptable Apps.
All enquiries please to GCHQ IC Enterprises. The natural first stop and prime shop for all things smarter in enterprises with intelligence communities and IntelAIgent Communities and answers for your questions. Agents are available to take your calls whenever not otherwise engaged in listening to your calls.

Quite so, Steven Roper, and they do have that facility and are now better able and enabled to exercise it, and it is causing quite a stir and more than just a kerfuffle for the powers that be and used to be all powerful but not now all knowing. Hence all the crazy growing idiotic chaos of late.

And they used to think and say that the world was flat … and then it was decided to accept that it was globular and just as a speck in infinite space’s spaces. And here be a picture of that space and one of those spaces …… http://xkcd.com/1389/ 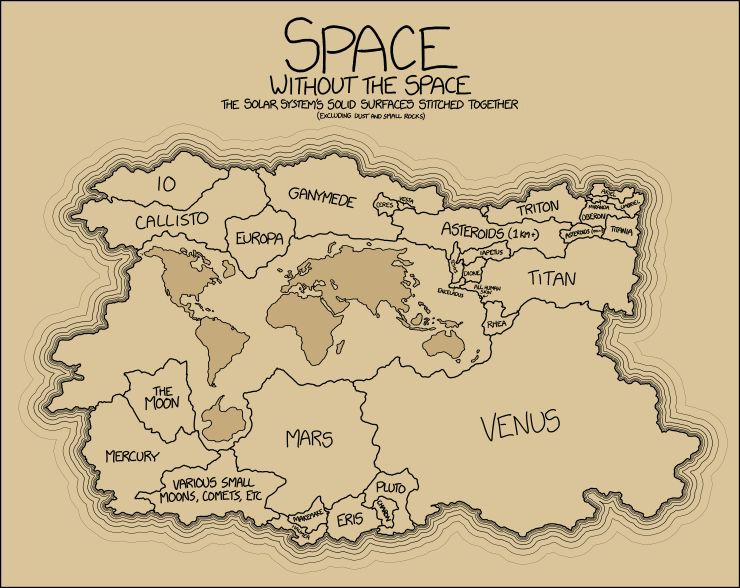 Cyberspace and the American Dream: A Magna Carta for the Knowledge Age

Cyberspace and the American Dream: A Magna Carta for the Knowledge Age

Autism, Internets and You … an Expert Asperger Guide?

Autism, Internets and You … an Expert Asperger Guide highlighting and warning of persistent dangers/ACTive Cyber Threats ?

A Mega Disturbance in the Force